Spring wildflowers are in full bloom, and not just the ephemerals. In the rain garden, golden alexanders (Zizia aurea) are happy with the recent (much needed) rain, 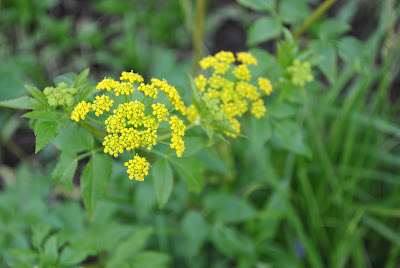 and sedges (genus Carex) are "blooming" too. 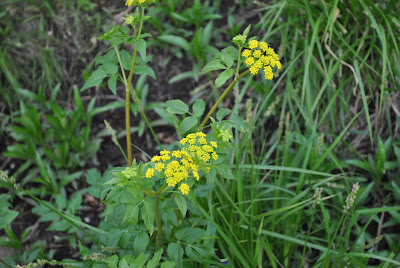 Columbines are just starting to flower... 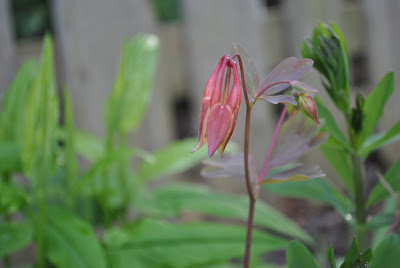 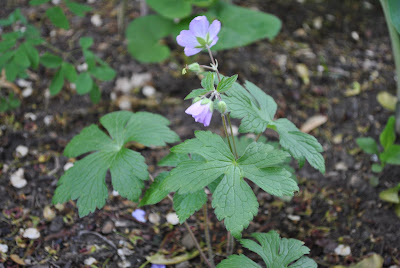 ...and these native geraniums are shyly avoiding the camera. I planted a number of these in the shady part of my front garden, but only this one seems happy. I'm hoping the others are just in their "creep" year and will be more robust by this time next year. 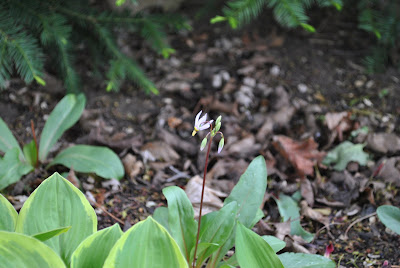 Also sulking after being moved around last year are the shooting stars (Dodecatheon meadia)... 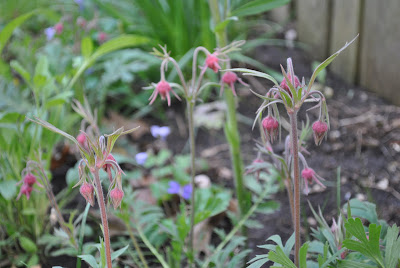 ...but the prairie smoke (Geum triflorum) makes up for those other poor showings. I never get tired of these unique flowers, and I'm hoping the camassias bloom soon enough to catch up with them. The combo of prairie smoke and camassia was one of my (few) design successes in this border! Many spring wildflowers require close inspection to really appreciate them. These are not the big, bold coneflowers and goldenrods of summer! For example, my favorite unknown native, Taenidia integerrima, is just starting to open its puffy yellow umbels... 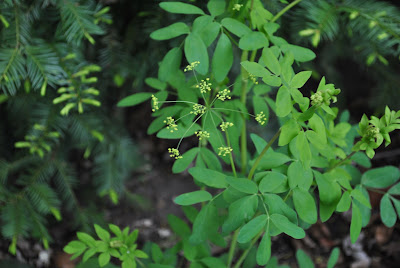 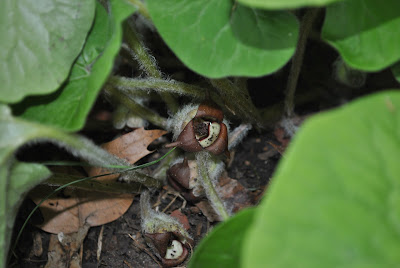 ...and wild ginger (Asarum canadense) hides its jug-shaped flowers under its expansive leaves. The flowers won't last long, and it's definitely the foliage that matters with these plants. But look close and you will find these surprises! For more wildflowers this Wednesday, check out Clay and Limestone where Gail hosts this monthly showcase!
Posted by Ramble on Rose at 5:33 PM 4 comments:

If you've checked out any of the posts over at May Dreams Garden, where Carol hosts Garden Blogger's Bloom Day every 15th, you've noticed that plants are well ahead of their "usual" schedule. Here at Casa de Rankin, the situation is much the same, although since things typically bloom/ripen later here than they do everywhere else, even down the street, we're really only running a few weeks ahead of what would be considered normal.

So without further ado... 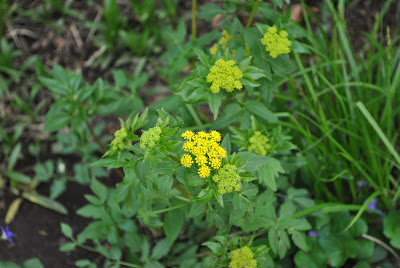 ...many native wildflowers are blooming, such as golden alexanders (Zizia aurea) 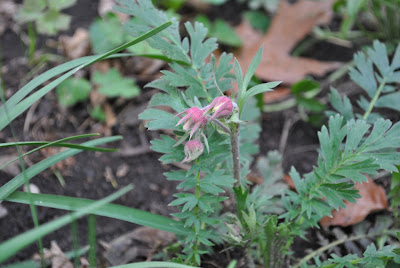 Columbines aren't fooled by the warm weather we've had; they're ready to bloom a few weeks early but aren't as audacious as these others natives. 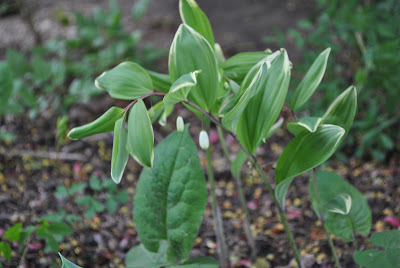 The Polygonatum is blooming... 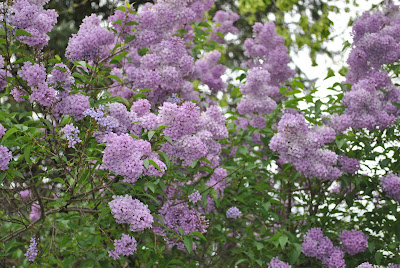 ...and the lilacs are definitely ahead of schedule! They've been covered in little butterflies all weekend, an extra plus!

And what would April be without tulips?! Every year I declare that I can stand digging in the terrible clay to plant more tulips, and every spring I fall in love with them anew and pledge to plant more. So it goes again this year! 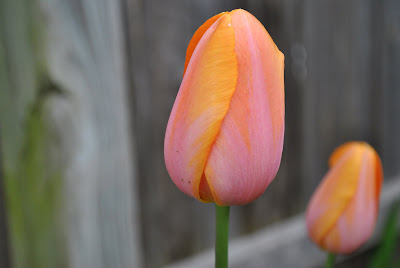 These 'Dordogne' tulips are the "single late" variety, but they're ready to burst into their full glory. I am definitely adding more this fall.

Disclaimer: The following photos came from a few days ago because these beauties were decimated by strong storms last night. But they're too lovely NOT to share: 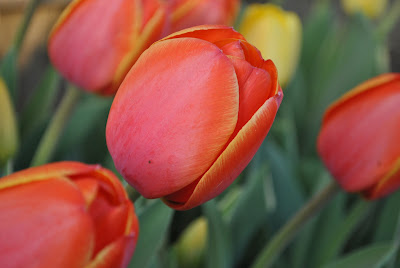 I discovered 'Ad Rem' at the Chicago Flower & Garden Show in March 2011, and they confirm for me why I worked so hard to plant bulbs in my unrepentant, stubborn clay. 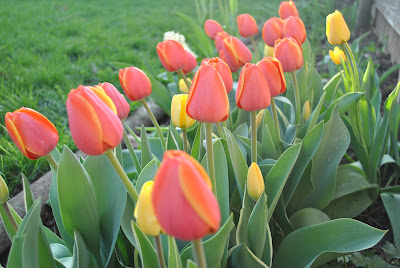 Paired with yellow 'Jaap Groot' they were breathtaking. I know I'm going to add some contrasting purple tulips (plus those Dorgognes), but I may make some space for more of these too!

As mentioned previously, check out May Dreams Garden for more Bloom Day!
Posted by Ramble on Rose at 3:52 PM 3 comments: